(Due to the pandemic, we were unable to hold an induction of the 2020 new selections for the Hall of Fame last year, so we are combining the two years this week.)

b2020 – Achievement – Roy Scranton (class of 1995) – Award-winning author in both fiction and non-fiction, professor of English at Notre Dame University and director of that school’s Environmental; humanities Institute.

d2020 – Service – Michael T. Smith – 30-year English teacher at North and coach in both cross country and track.  One of the founders of the Hall of Fame as well as the alumni association.

d2021 Service – Dave Anderson – longtime teacher of woodworking at North High and most instrumental in starting the process of converting woodworking from a hobby-based program to a career and industrial model.

Our schedule will be a little different on October 13th to accomodate different tests being taken by the students. We have provided a copy here for your convinience:

Take the time to watch our students in this great video!

10/20: Families can attend virtual conferences between 5:30-8:00pm  Each conferences will be 10 minutes in length.

10/21: Families can attend virtual conferences between 8:00am and 8:00pm. Each conferences will be  10 minutes in length.

How will conferences be scheduled?
There will be a link to sign up for virtual conferences on our North Salem HS web page, https://north.salkeiz.k12.or.us/ on October 13th.

You can also find it here.  This link will go live on October 13th.

Calling on everyone who loves game day!

There’s nothing like attending an athletic or sports event in person, experiencing the thrills and cheers from a live crowd while watching one’s favorite athlete compete to win. Much like these athletes and their fans, Salem-Keizer Public Schools wants to continue the joy of this in-person tradition and, we can, if we have everyone’s help.

Salem-Keizer Sports Fans, you can help reduce the spread of Covid 19 in our schools by always wearing your face coverings during school games. Doing so, will allow SKPS to keep hosting in-person events without having to reduce the number of spectators.

Follow safety protocols. Wear face coverings when gathering in school athletic stadiums, fields and gyms, and remember to do so regardless of vaccination status.

COVID-19 continues to have an unfair advantage and does not discriminate, but we can change that by working together to reduce the spread in our school facilities and communities. Simply, follow health and safety protocols. The surest way to stop the spread is by wearing a face covering, frequently hand washing and physically distance to the greatest extent possible as we cheer on our favorite athlete or team to victory.

Can we count on us?

Yes! Together we will make this a successful 2021-22 school year.

As we enter the fall season, increased illness is to be expected even outside of impacts due to COVID-19, much like before the pandemic. However, out of an abundance of caution, our varsity football game will be canceled on Friday, Oct. 1 against Wilsonville High School due to increased illness. Activities are anticipated to resume the week of Oct. 4.

Although we are disappointed to have to make this incredibly difficult decision, we know we must do what is best for the health and safety of our entire NSHS community.

Remember, COVID-19 and other forms of illness impacts us all daily

It is critical that we follow all recommended health and safety protocols such as vaccination, wearing a face covering, hand-washing and maintaining physical distance both while in our school facilities, and out in the community. 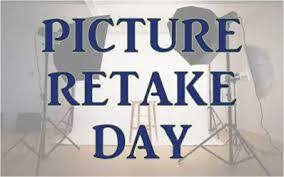 Student picture retakes will be Monday October 18th.  This will be only for those who purchased photos and want a new picture.  Students will need to bring the pictures they received on this day.

Do you want to learn or improve your English? Good news! North Salem High School now offers free English classes. We invite you to register online to participate in the classes this fall. Classes will begin on October 6th and continue Wednesdays and Thursdays from 6:00pm. to 8:00 pm. This year classes will be held virtually through the Google Meets app from your computer or cell phone. Please fill out the application and the coordinator Mrs. Rosa Rivera will be in contact with you. If you have any questions or for more information, please call Mrs. Rosa Rivera 971-915-1628. Follow the link below to fill out the application. 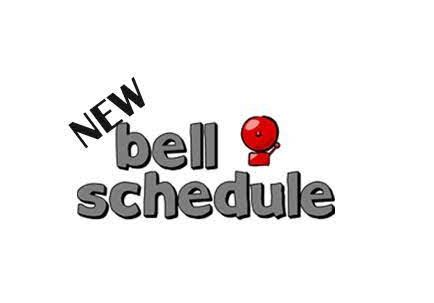 We have a new bell schedule starting Monday, September 13!

North Salem High School develops and fosters graduates who are inquisitive and knowledgeable, with skills and understanding to improve our world with compassion and respect for all cultures.

North Salem High School is a caring and diverse community committed to preparing graduates for a successful future by equitably educating, supporting, and inspiring ALL learners.